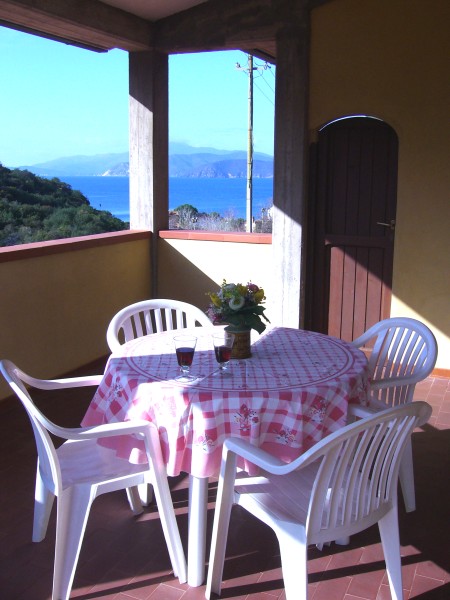 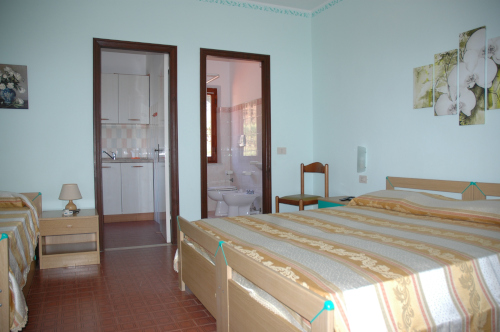 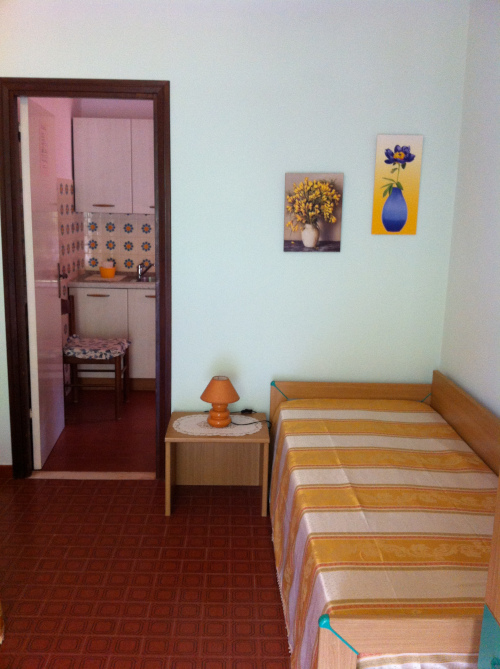 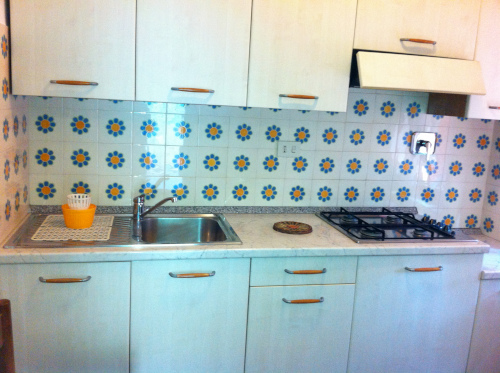 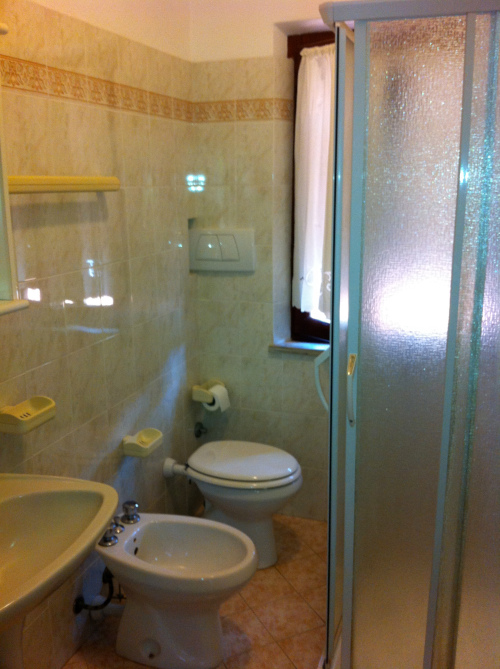 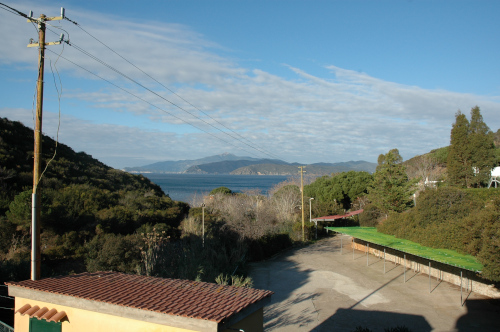 Panorama view of sea 'innnamorata' from the terrace of the apartments 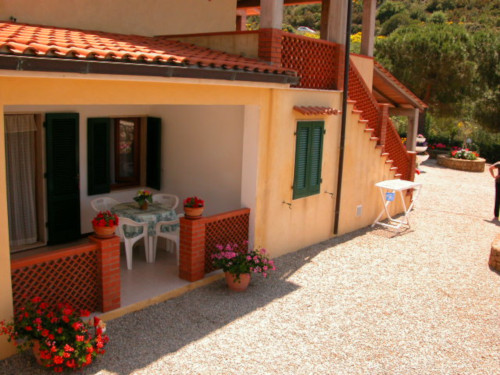 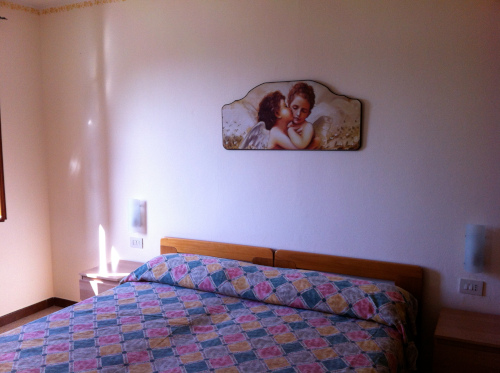 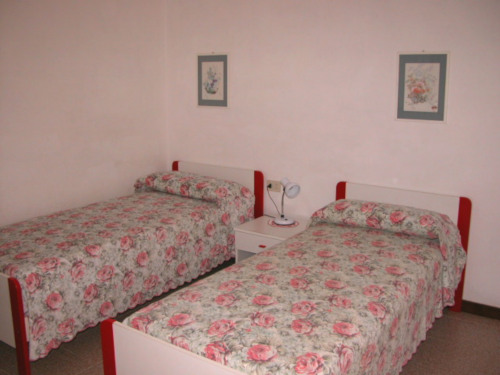 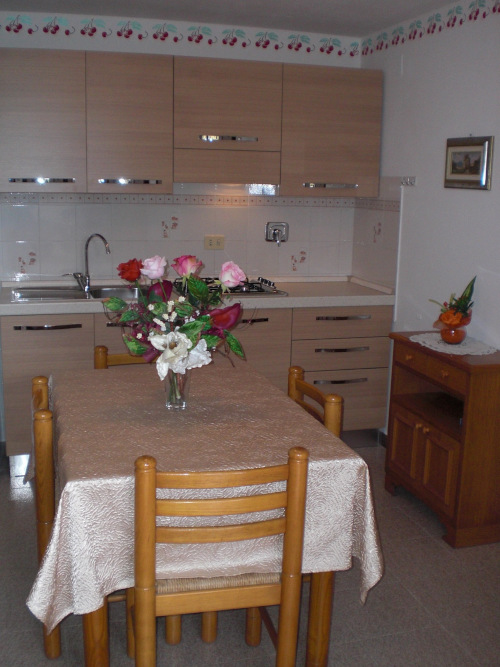 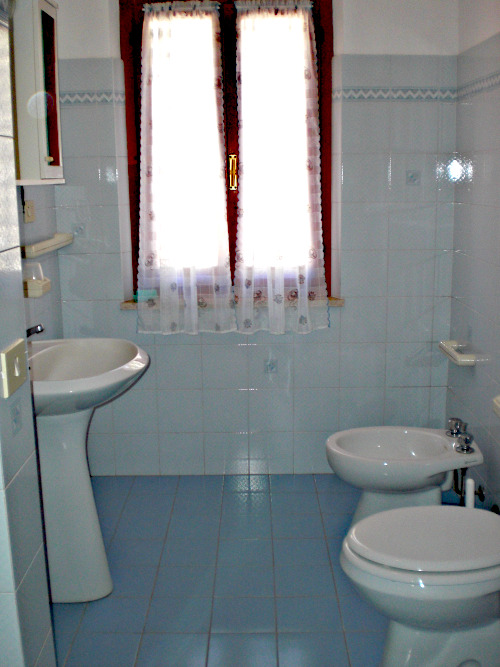 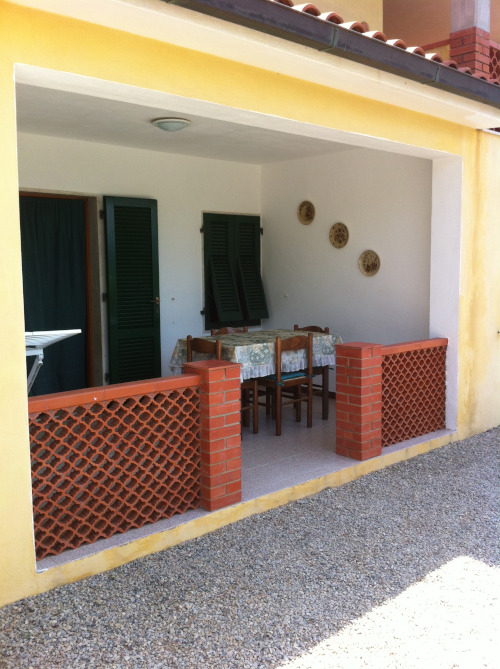 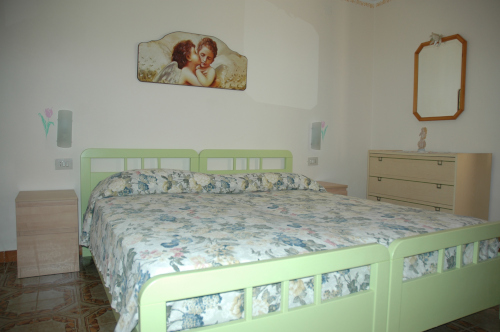 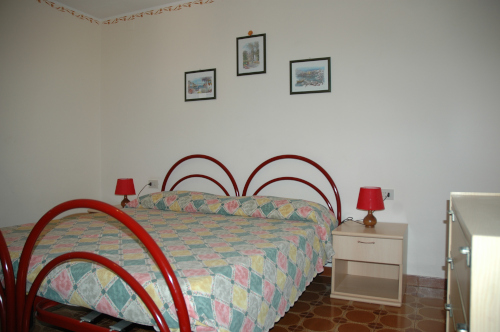 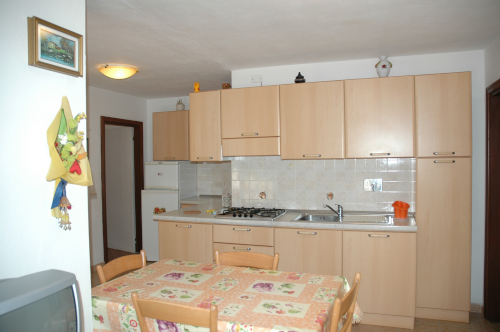 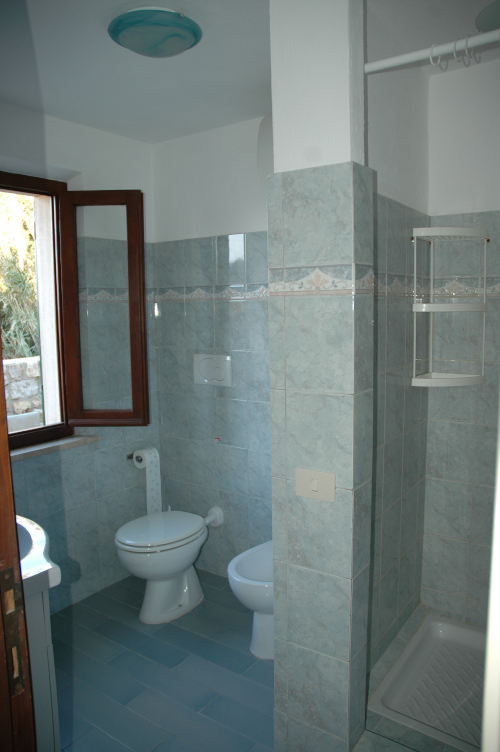 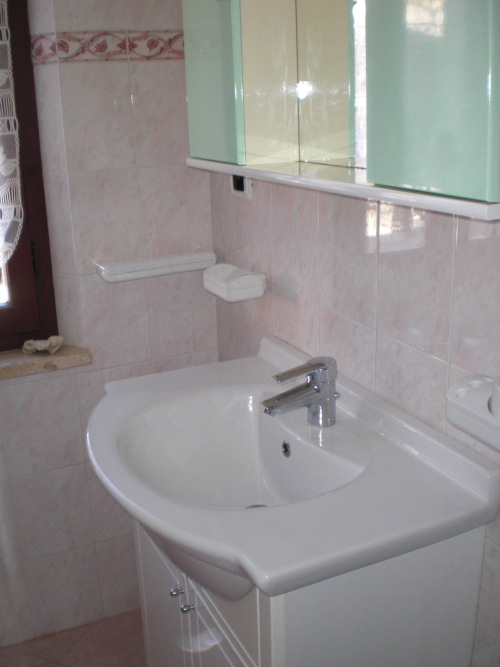 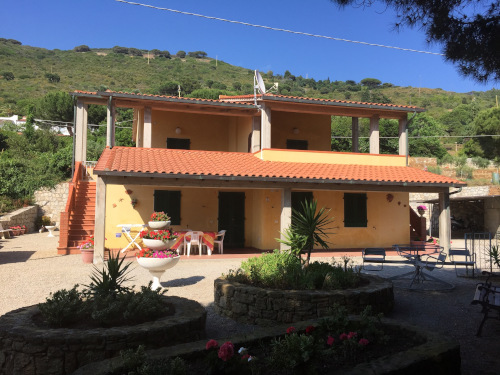 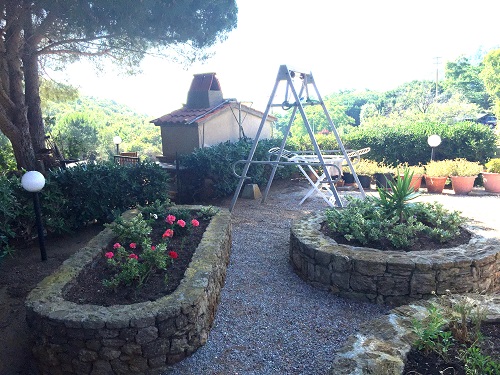 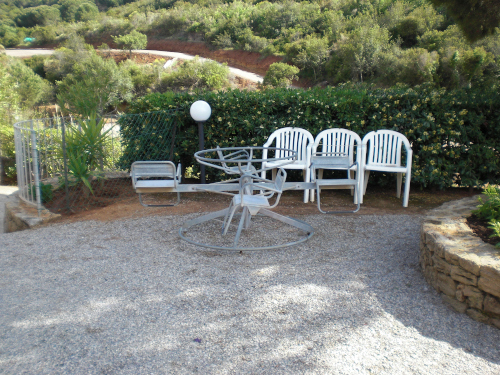 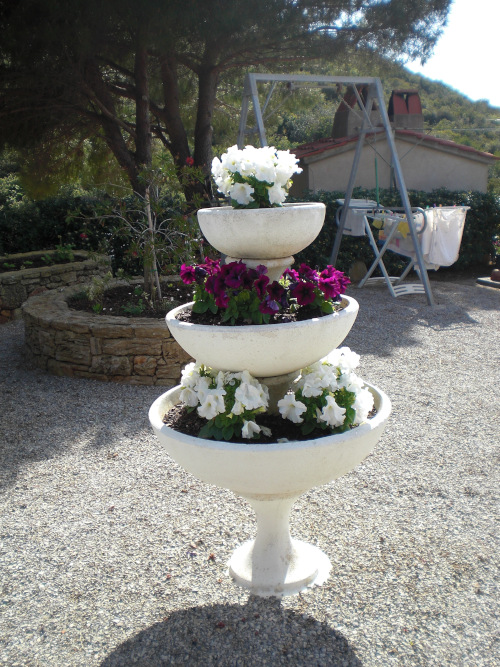 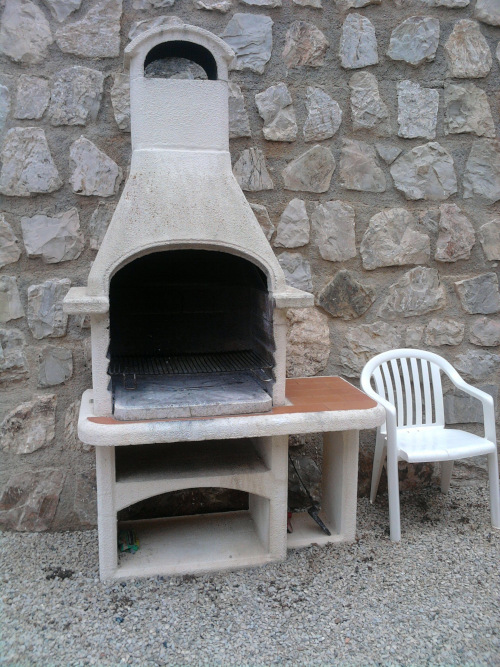 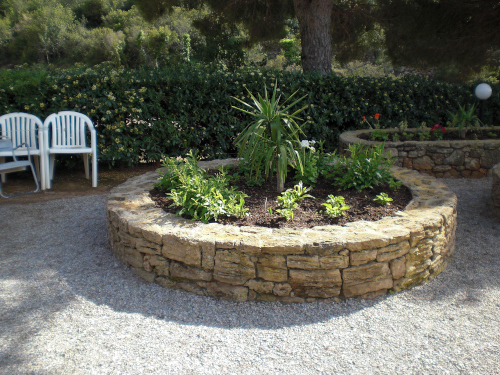 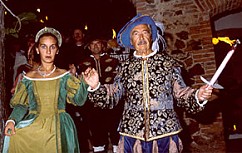 In 1534, the coast of Elba was sacked by Barbarossa's Saracen pirates, but little did it matter to two young lovers, Lorenzo and Maria.

Lorenzo arrived on the beach early on the afternoon of 14 July. From the top of the path that led down to the beach Maria's eyes roamed in search of her lover, but saw only a gang of men coming ashore in a boat...

Helplessly, she watched the desperate fight that ensued; Lorenzo fought with honour, but, finally exhausted, was captured and taken prisoner. Maria ran towards the beach in time to see the pirates sail off into the distance after having flung a moribund body into the sea. Realizing that it was the body of her lover, Maria threw herself into the sea, in a last desperate act of love."

It is to this ancient fisherman's tale that the INNAMORATA beach owes its name. Every year, on the evening of 14 July, Maria's love for Lorenzo is commemorated by the "Granducato Innamorata" Association, in collaboration with our Villaggio.

As night begins to fall, the beach is illuminated with a thousand torches while church bells announce the beginning of the torchlight procession. The four districts of Capoliveri, Baluardo, Fortezza, Fosso and Torre, parade through the streets, led by nobles, headed by Count Domingo Cardenas and his wife Martorèl.

The procession then moves on to the Innamorata beach where Maria had thrown herself off the rocks into the waves in search of Lorenzo. Legend has it that it was here that Maria's shawl got caught up on a rock. To this very day the rock is called the Scoglio della Ciarpa (the Shawl Rock); and this has given rise to a challenge! The four districts compete with each other in a rowing race, the team that succeeds in seizing the shawl wins and is allowed to choose the girl who will be "Maria dell'Innamorata" the following year.